Spheres are the FUTURE….
the Fuji TV フジテレビ   building… 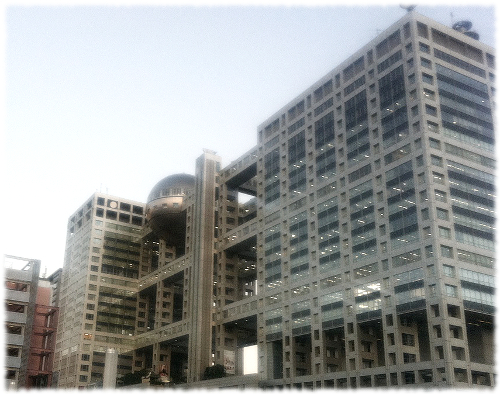 Fuji Television Network, Inc. 株式会社フジテレビジョン
is a Japanese television station based in Odaiba.
The buildings were designed by Kenzo Tange and opened in 1997.
Apart from the architecture, it also has quite avantgarde
design inside with a futuristic feel.
Due to its sphere shape hanging/floating in the air,
the building quickly became a landmark in Tokyo. 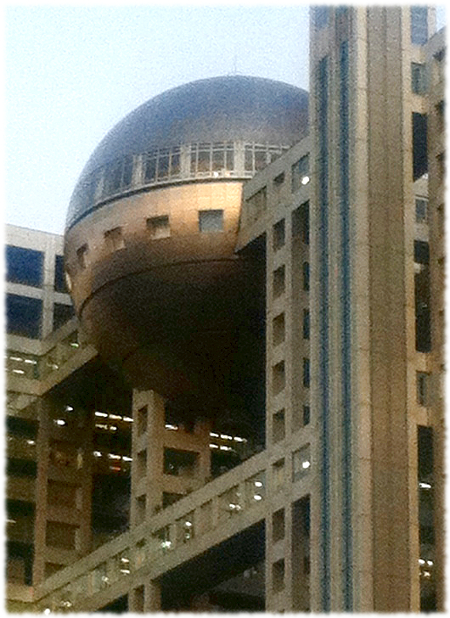 The complex consists of buildings in concrete,
which are connected by pedestrian bridges called
“corridors of heaven,” and the seemingly ‘floating’ sphere,
100 meters in diameter, which houses a small observatory deck
open to the public.
From the observation deck one can see a fantastic view of Tokyo Bay,
and the Rainbow Bridge.