Before the concert November 4, 2011
X Japan in Hong Kong at the Asia World Arena 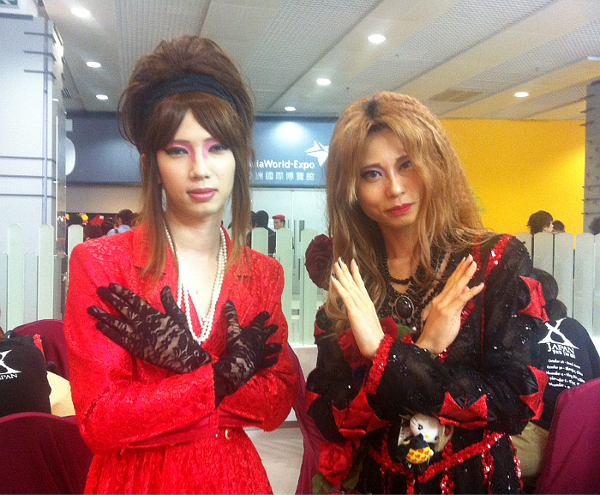 Japanese X Japan fans are very dedicated.
These two I met on several of X Japan’s S E Asia tour concerts.
Unfortunately, I don’t know the name of the girl to the right in the photo,
but the guy, to the left, is Jasmine Himeco (Shogo Mizuno) and
is often seen cosplaying Yoshiki.

AsiaWorld–Arena
(Chinese: 亞洲國際博覽館 Arena, also Hall 1 of AsiaWorld–Expo)
is the largest indoor seated performance venue in
Hong Kong.
It has a maximum capacity of 14,000 seats /16,000 standing+seats.
It is located next to the Hong Kong International Airport.

Before the concert some of us fans signed Pata’s Birthday Banner.
My ticket was a gift from my friend Hiroko and X Japan fans in Hong Kong
and they all made me feel so welcome and part of their group!
It might be a bit tricky to read the text on the banner, since it is
upside down. It says:
World Tour Live in Hong Kong
and this banner was given to Pata during the concert. 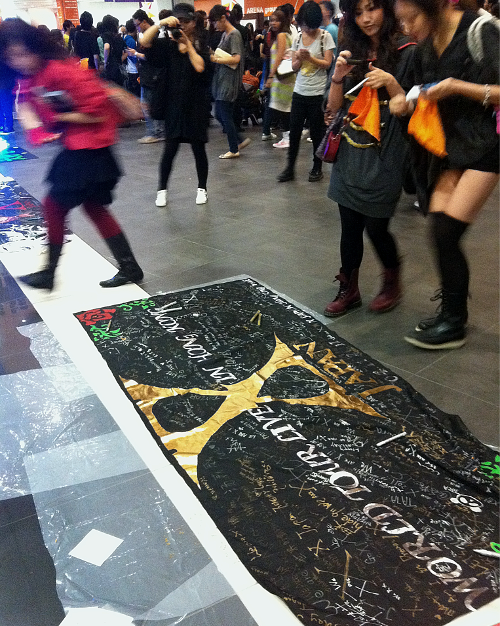 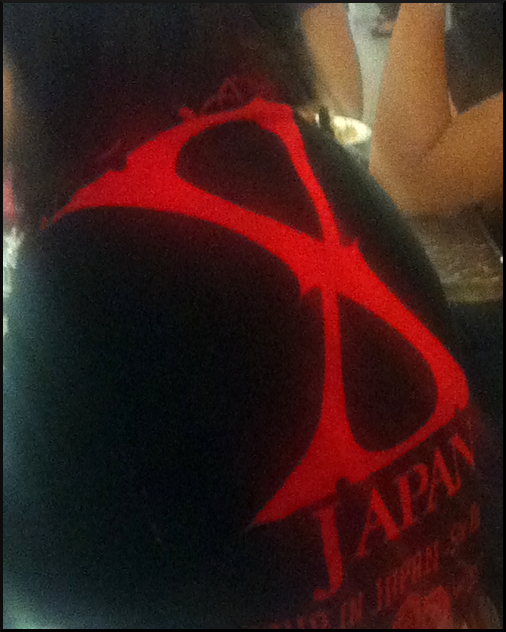