After a couple of days in Toronto Canada Pink Spider flew above the clouds once again…
this time crossing the Atlantic Ocean and landing in London
The Pink SPider Web is amazed and sincerely grateful to support and hospitality across the globe.
This is the view from the balcony where I stayed…
Tower Bridge
London sure has changed over the last decades and this visit felt really uplifting, enjoyable, inspirational
and actually The Pink Spider Web ended up (a few months later)
to start business in UK as The Pink Spider Web Ltd..
Part of it was due to a NEW UK-Japan music film project:

“一緒にTogether” (more about it in next blog)
and 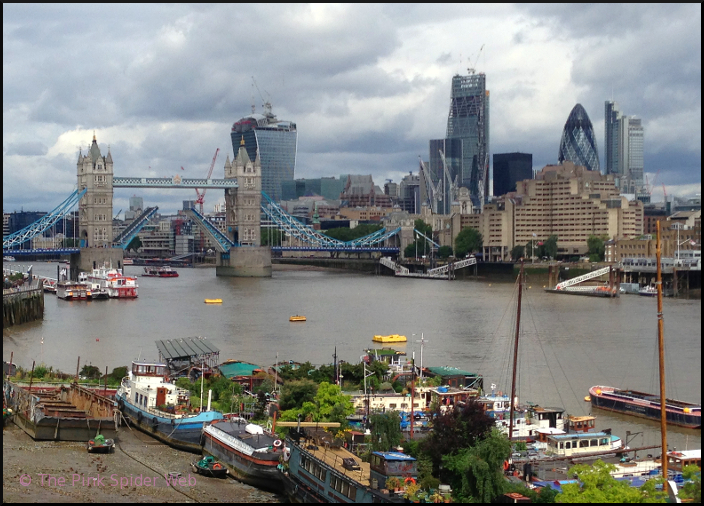 Tower bridge from the other side of the river and at night time.. 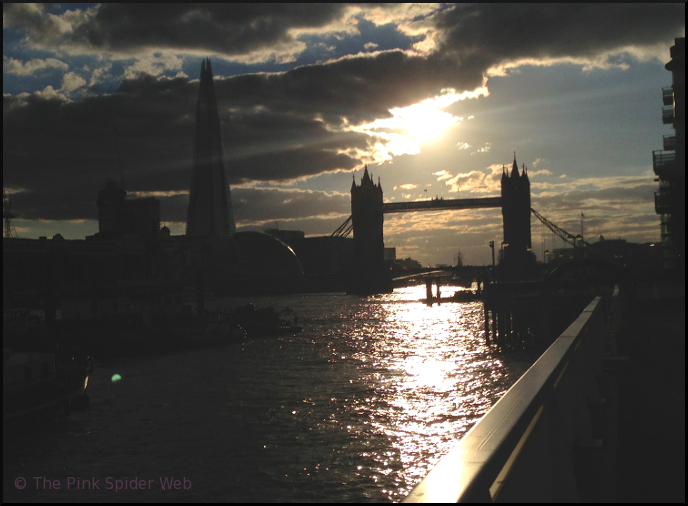 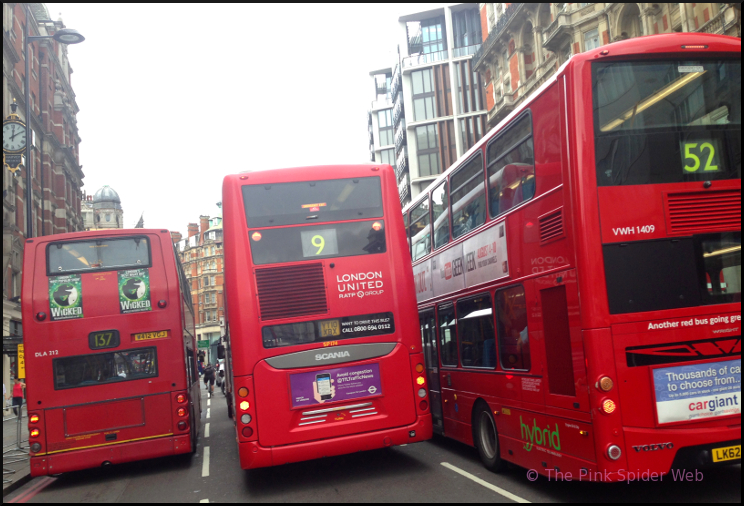 A newer London Landmark is the Shard. For me this was the first encounter, since I haven’t been in London the past 10 years (except for at London Heathrow Airport which doesn’t count lol)
The Shard’s construction began in March 2009; it was topped out on 30 March 2012 and inaugurated on 5 July 2012.
Personally, I’m not all that much in to towers, but it seems like every big city with dignity should have one.
The Shard however appeals to me. I like the shape of this glass tower.. It reaches, it has an inspiring imaginary quality to itself.. and somehow isn’t merely a phallic or cylindrical construction..
yeah I really think it’s beautiful… LOTR or Narnia qualities ..is what I feel… 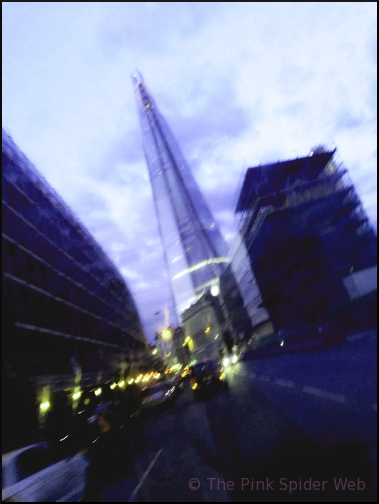 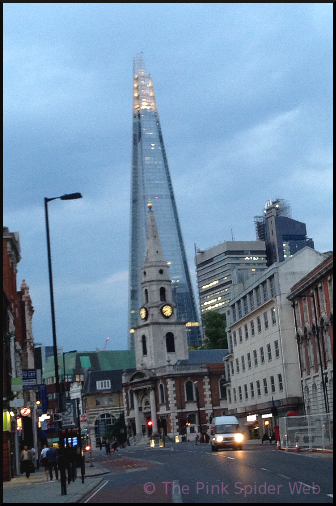 so as you have guessed this trip to UK was primarily to get to know London again,
but yes there were also meetings and discussions regarding the incorporation of
The Pink Spider Web and a trip to Newport Wales.
It was in Wales that 4 creative people got together and was talking film, and music, and culture and how to bridge gap between people. The birth of the
“一緒にTogether” film project was a fact
Uk and Japan Together… what started the idea?
After being in Japan now and all the Live house gigs and concerts I now enountered ‘home grounds’ in Europe
and
Maybe the creativity started flowing after visiting the amazing David Bowie exhibit
Maybe it was the music history lesson learned at Abbey Road…
Abbey Road… Beatles… after all the album has
“Come Together”
http://en.wikipedia.org/wiki/Abbey_Road
http://en.wikipedia.org/wiki/Abbey_Road_Studios 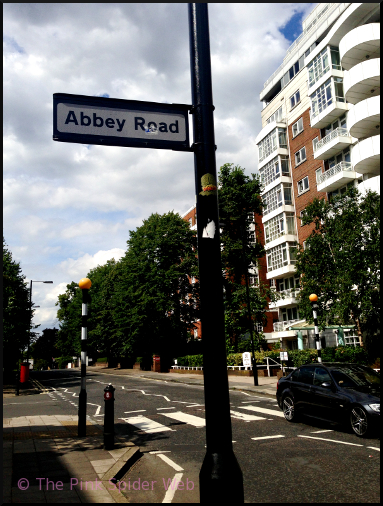 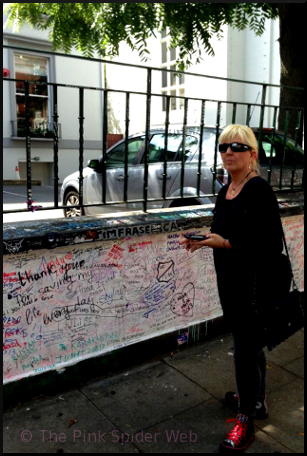 and since we are talking music here’s an association for you…
Do you know which band? Which album? 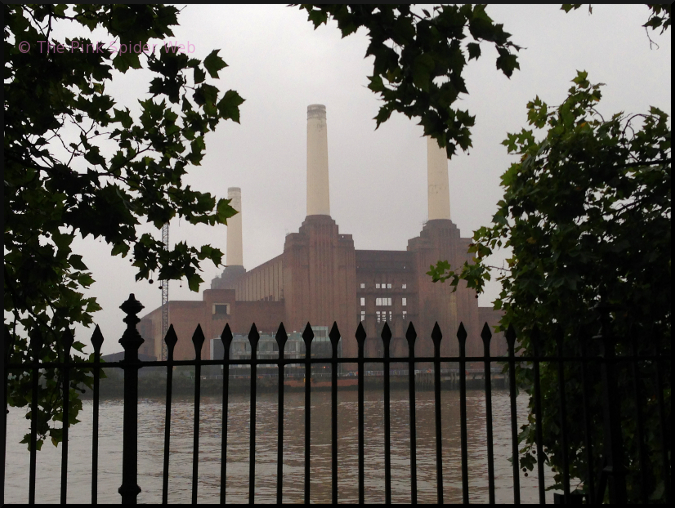 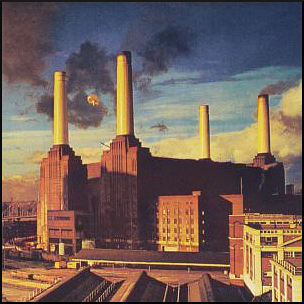 and this is what London was during this first visit during 2013 (in August) for me…
a music history museum .. Live and Real…
The David Bowie exhibit, Abbey Road, Battersea Power station,
walking by Rough Trade Records..
…or just spotting a music store with posters and flyers from the past..
During my next visit, about a month later, I went to see the awesome Japanese band
Gotsu-Totsu-Kotsu (more about that in a separate blog) 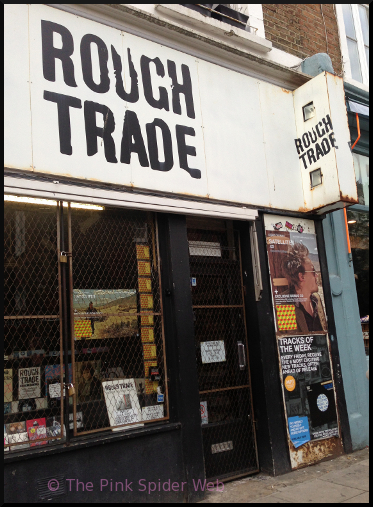 and ha ha ha Can you spot me? 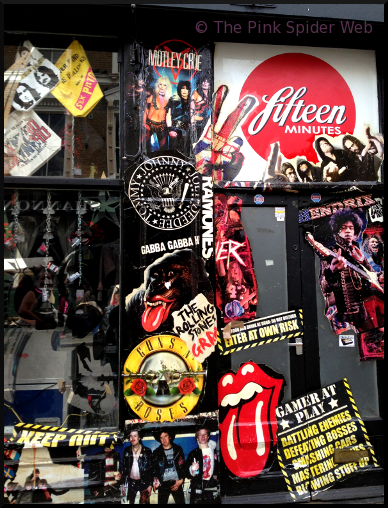 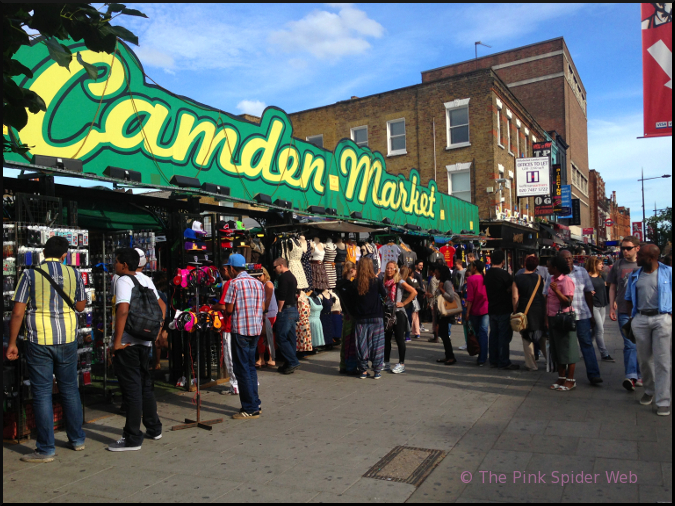 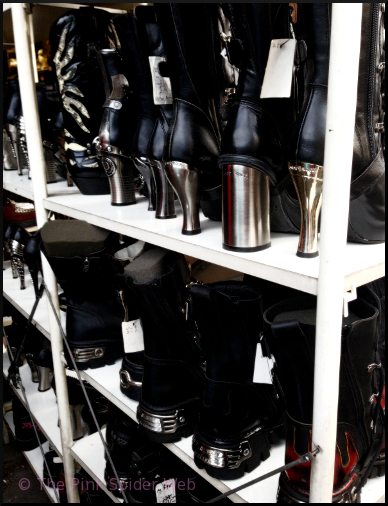 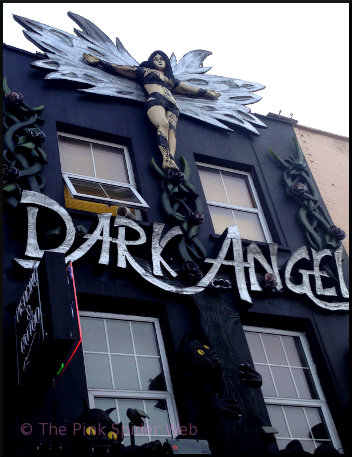 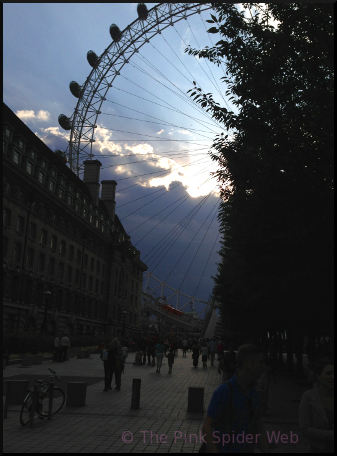 London can be pretty too… 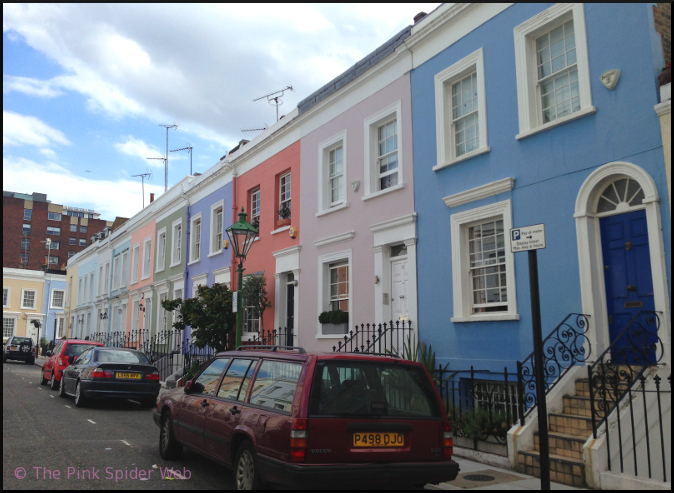 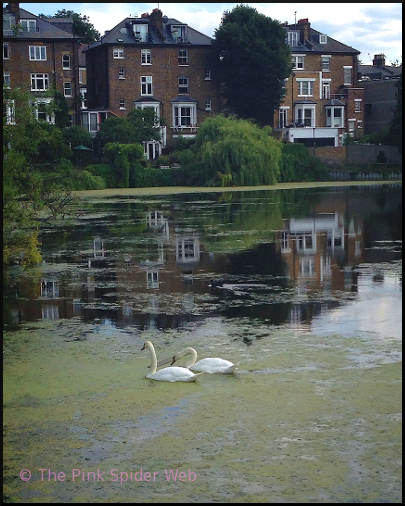 When it comes to food though… my tastebuds have a hard time straying away from the Japanese Cuisine …especially Sushi,
and of course London has many sushi chains with conveyer belt style sushi..
however I must say that my favorite Sushi spots while in London was
at The Japan Centre:
http://www.japancentre.com/
and by Camden Lock:
Hi Sushi
http://www.yelp.co.uk/biz/hi-sushi-london-4
but the winner (from my limited selection/ experience in London)
is this one in Hampstead:
Jin Kichi  http://www.jinkichi.com/
Photo is from one of the anonymous rather lousy chains and not from the charming and quite authentic Japanese feeling at Jin Kichi. 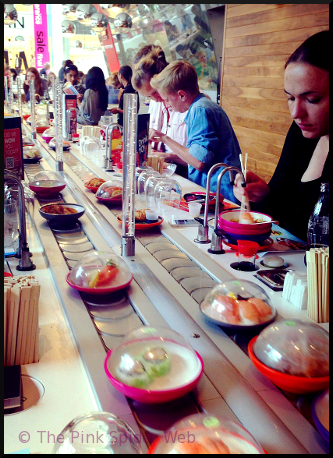