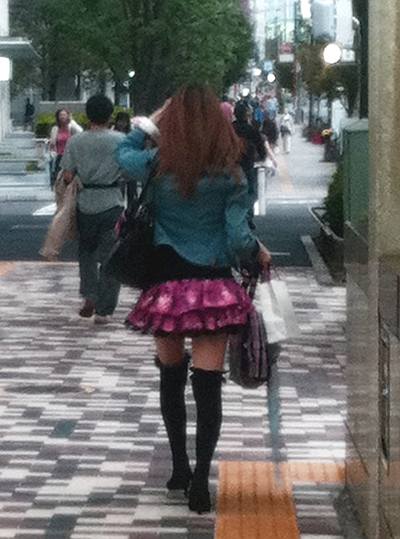 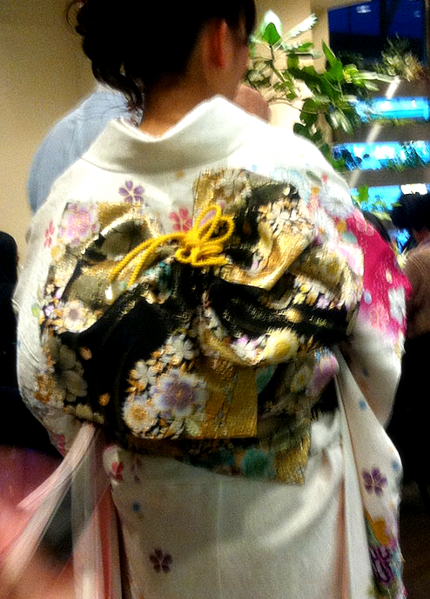 The world is going global, at least when it comes to consumption
and pollution of the planet.
Entertainment and music is global, I mean people here in Japan
listen to Lady Gaga as do people in Europe, Africa, Australia…
well you get the idea!

BUT is Japan really included here?
In the same world I live in…. surely.
In the same decade? Not so sure….

I have been visiting and eating with people in rural villages
in the outer Islands of Vanuatu.
I have been sitting meditating with monks, nuns and laypeople in Taiwan.
I have worked in a Lutheran Congregation in Southern Germany.
I have hitchhiked in Sicily and the Eolic Islands.
I have gone to Art school and College in New jersey, as well as
grad school in New Mexico.
I have partied in Pereira, Colombia, South America,
and so on ….
You get the idea here….
…and yes,there are different social rules around the globe,
but,
for the most part the human species seems to follow the social principle that skin and touching and hugging and sex is fun
and something we long to do.
Here in Japan, I’m not so sure what is going on?!
I have read many articles online and in academic literature,
as well as I AM HERE in the middle of it all!;
and they might be on to something in these texts, but no one really
gives  any insights as to why it is so persistent ..
it is ongoing NOW…and when the world is going one direction…
Japan to a certain degree at least does not follow.

Some of this male gender packaging of women, objectification rather,
was part of Europe too, ….about 40 years or so ago.
Yes, yes, I know it still exists! However, there are huge differences.
Something has happened, feminism and what not
and change is constant…. everywhere
BUT  here…
Did Japan miss the 60s and 70s all together.. ?
Were they too busy producing stuff for their huge  financial
come-back post WW2?
Why, why, why, is this rule following behavior so persevering,
when it seems to break away sooner and later everywhere else
(including in China).
If only 50% of the population enjoys a system how can it survive?
This is just a very shallow observation I have noticed over my time
here, and I certainly haven’t been here long enough … yet!
But this theme will definitely be worth digging in to some more

When across the world everyone makes their own local version
‘Idol’ or ‘America’s Top Model’,
Japanese men read manga and watches anime,
but most are super shy and scared approaching real women.
No pleasure for the sake of pleasure without commitment,
unless it is with certain women (or men) for that specific purpose.
A mistress on the side is common…
They have a big sex industry yet the are in the very bottom,
when it comes to having sex within relationships.
All these MUSTs and PRESSURES must be so difficult to carry
and yet stoically they do it even when their own women leave
them for more freedom and pleasures with foreign men!

Please take a note here that I do NOT EVALUATE either path…
I’m definitely NOT saying this is better or worse or crazy…at least
not the no-sex part, the objectification of women is a bit
harder to digest.
No I’m just saying that Japan seems to be of a very different kind.
Somehow CHANGE and DANGER must have been mixed up
in their vocabulary.
and yet they are such eager adopters of products and STUFF…
just not behavior.
Or are they really? The longer I’m here the more I come to notice
that this was a pre-conceived notion I had about the Japanese.
Most of the Japanese that has come closer to me, become friends,
are not at all early adopters, partially because there is
not much to adopt… cash is king, and automatization is not
the Japanese way for the general population.

It is not because they are Asian. China has gone from very few
English speakers to plenty, but Japan does NOT have a young
generation of English speakers. As a matter of fact, if I try to find
an English speaker here, I usually try with an older woman first!
There seems to be a huge bump with people under 35-40 years old
being the ones who speak the least English.
There must be something political motivation here.
A population who don’t speak English, won’t question, won’t know,
won’t learn, won’t understand….. the world today.
Hence, they are way easier to control in a world that has
Facebook, twitter, instagram… all things social media…
it’s danger for anyone in power… who wants to remain in power,
until life is over.

Just sayin’ – No evaluation!
Just curious…Haven’t been here long enough…
Now, I think I need to return to this topic, because it is very interesting,
but also very sensitive.
I have been thinking that it is difficult to be a Gaijin Woman here,
but oh my at least I do NOT have the pressure to live up to an ideal
like Japanese women and men do…
IDEALS NO ONE QUESTIONS…..ever…
Question Authority must be equal to death penalty in Japan.

and here maybe we are getting closer to the true core…
Question Authority is not something you just go ahead and do if
Confucius’ principles are ingrained in your blood, and socialized
since your diaperhood

Japan…. Will you Stay unique and preserve your own values,
or change and go with the flow… In the end it is a lot more complex
than these few lines!