On Sunday night, February 15th, The Pink Spider Web, finally had the chance to go a see a band we wanted to see for a while….but it hasn’t been that easy…
the reason being…
They are not Japanese, but from KOREA
Luckily for us they came over this week end in conjunction with Motley Crüe playing in Tokyo.
Let me introduce to you the Korean ROCK BAND –
(we apologize for technical issues this night and all photos taken are with a phone camera) 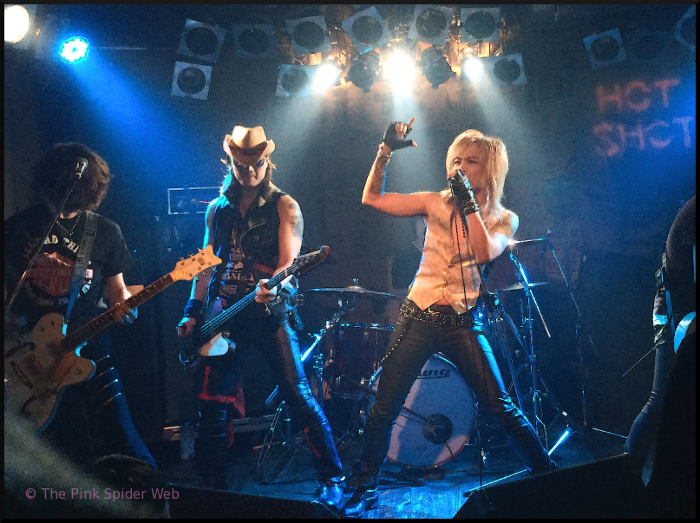 The band has a BIG, FULL classic rock sound and they certainly know what they do on stage. Their songs ROCK and if you close your eyes there is not much giving away that they are indeed Korean. 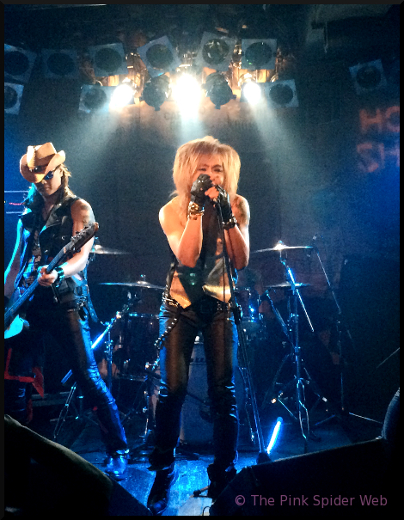 The vocalist, Guy Kim, has a past in the well known Korean band 이브 / “Eve”;
a Visual Kei kind of band formed in 1997 by Kim.
and I believe part of the attraction with HY$TERIC$
is that visual awareness and performance skills that came from “Eve” 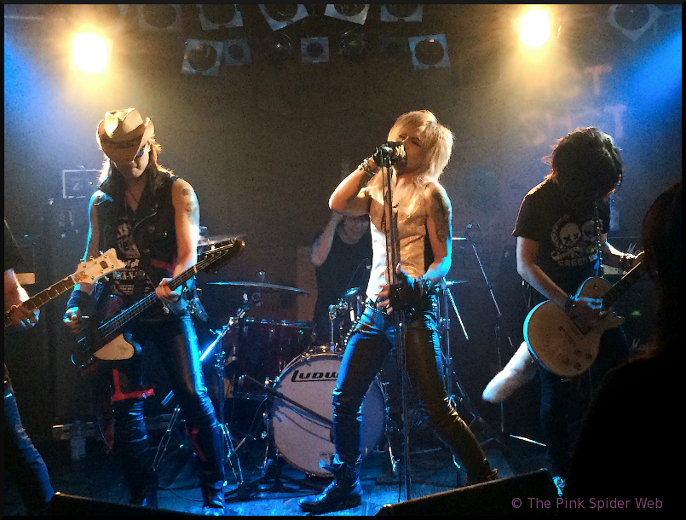 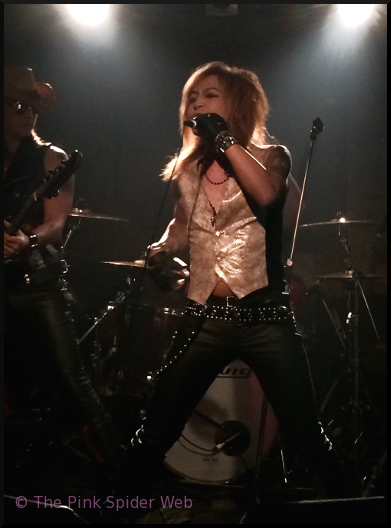 Monday afternoon, The Pink Spider Web got a chance to chat with Guy Kim and the band’s Korean American guitarist Nick Duvernay. Nick is, besides his rocking charisma and composing skills, also a brilliant academic with knowledge about cultures, language and the world,  and is hence a perfect member for this band’s international flavor.
It was an interesting chat about passion for music, the world rock scene and  much aided by Kim’s command of not only Korean and English, but he is also fluent in Japanese.
These guys are charming, wonderful people both on and off stage! 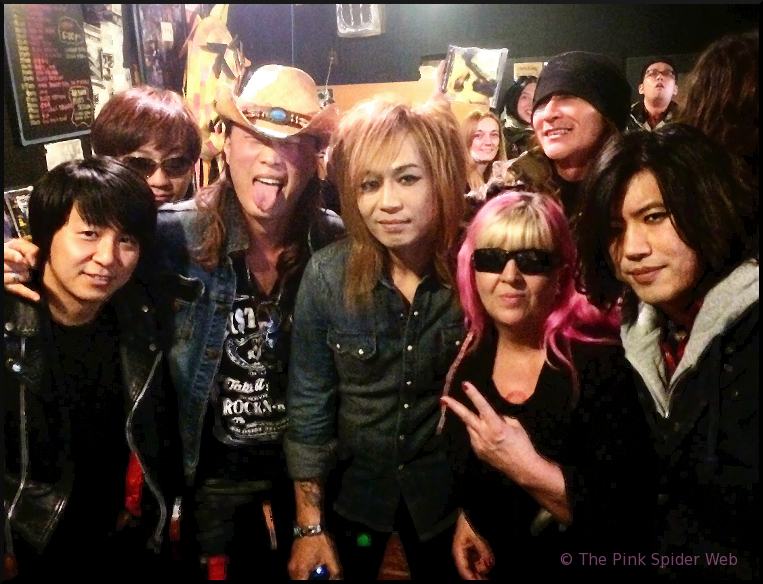 The song that got the crowds really going at Okubo ‘Hot Shot’,
“Boost Power” is on their latest album and it has everything a rock hit must have including a catchy refrain that everyone in the audience joined in

We really hope to see this band in Japan, and beyond (!!!)  soon, and The Pink Spider Web is planning a trip to Korea to have a chance to see them on their home grounds.
Take a listen!
This is good West coast ROCK ( from Korea), that will grab you and take you away on a joy ride!